For Centuries, Christians all over the world have been performing Lenten sacrifices between Ash Wednesday and Easter Sunday.

They fast… give up certain foods… refrain from activities… as a sign of respect and admiration for Jesus Christ.

That’s great, and it should continue. It’s a personal sacrifice, and most likely affects only the life of the person committing to it.

This year, what if we add something to our Lenten Journey. Something that would benefit not only the person committing to it, but also many others as well. Something that’s not hard to do… doesn’t cost anything… and doesn’t take much time. Yet, its power is unlimited… and can be transformational. 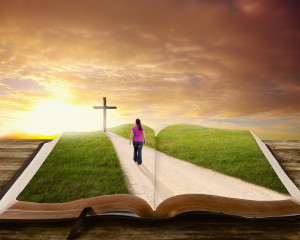 Here’s how it works: For the 47 days between Ash Wednesday and Easter Sunday, we each perform “positive acts” of kindness toward others.

The number of positive acts will increase by 1 each week, until you reach 7 per day during the week before Easter. When Easter arrives, you will have performed a total of at least 194 positive acts toward others!

Positive acts can include anything from letting someone get in front of you on line…to telling someone you like something about them…to simply smiling at someone and saying “good morning”.

The key is that your positive act makes someone feel good about something, or brings them your prayer.

The Lenten Positive Acts Challenge can be practiced by anyone, any age, anywhere.

A child can hold the door for an adult… an adult can pick up groceries for a senior citizen… a senior citizen can call a friend just to say hello. And anyone can simply say a prayer for someone less fortunate than them.

Let’s look at the power of Lenten Positive Acts…

Say there are approx. 1000 people in your Parish, and only 10% of them completed this Lenten positive act challenge (1 positive act per day, increasing by 1 per week). During Lent, that 10% will perform 19,400 positive acts. Imagine the impact that will have on their lives, and on the lives of others…

Now imagine if more than 10% participated…

Let’s take it to the next step – and consider your Diocese… then your state… then all of the United States.

There are approximately 236 million Christians in the United States. If only 1% of them participated, it would bring 458 Million positive acts into the world during Lent.

Yes, you read that correctly…only 1% would create 458 Million positive acts!

What better way to show our respect and admiration during Lent… than creating a worldwide phenomenon of positive acts.

Imagine if we expanded it to include all the Christians in the world… we’ll come back to that in a minute.

What Would Jesus Do when He sees what we’re doing with these positive acts during Lent?

We can’t say for sure. However, we can imagine that He’ll be smiling from East to West… and that He’ll say something like “Now THAT’S what I’m talking about!”

Please consider taking the Lenten Positive Acts Challenge, and getting your family and friends to join you. You have nothing to lose… and everything to gain.

Studies show that it takes between 21 and 30 days for something to become a good habit. Completing the Lenten Positive Acts Challenge would basically double that time – increasing the chances of continuing the habit.

What’s more, two of the many descriptions of the Law of Attraction state: “As ye sow, so shall ye reap”, and ”you attract that which you send out”. Therefore, your positive acts will not only help others… they’ll also help attract more positive into your life. 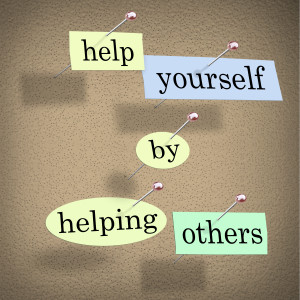 There are approximately 2.1 billion Christians in the world. If only 1% of them completed the Lenten Positive Acts Challenge, it would create 4 billion positive acts in a 47-day period! And that’s with only 1%… and it doesn’t include the acts that will continue after Lent.

Close your eyes for a moment, and imagine the impact this could have on the world…and on your life!

You can be part of it…

So this year, as you’re deciding whether to give up chocolate… swearing… lattes… consider adding some positive acts to your Lenten experience.  Better yet, join the Lenten Positive Acts Challenge today!

Kindness is contagious…Pass it on. 🙂

This site uses Akismet to reduce spam. Learn how your comment data is processed.